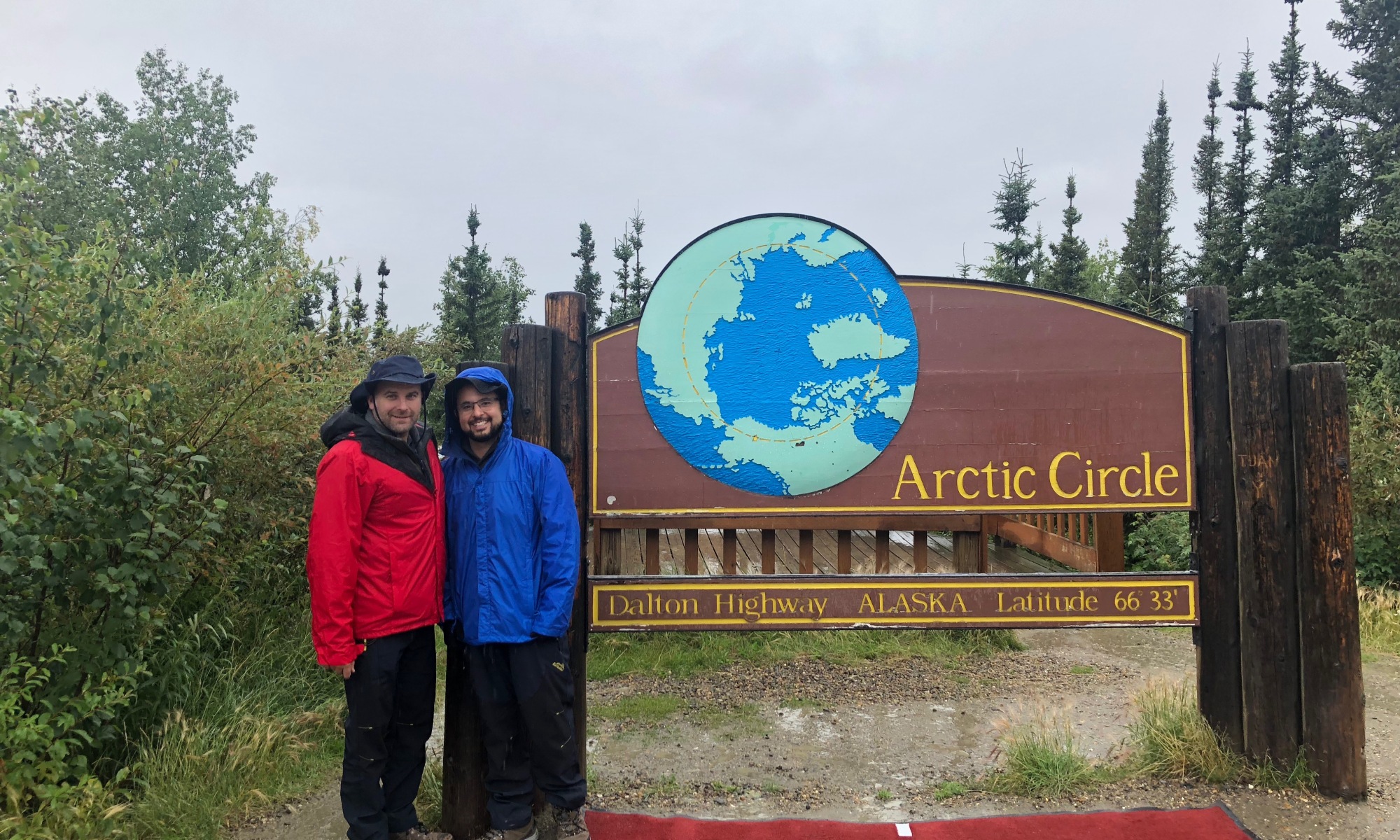 We made it to Fairbanks!   I start off with this first picture, not because it’s a great picture

but to show everyone what was so crazy for me to experience.  Yes, it really does stay light out late at night.  This photos was taken at 10:40pm.  This was the hardest adjustment for us.  We would get done dinner around 9:30 and feel like we had to go out and do activities even knowing we’d have to be up at 4:30am, easy to do cause it’s also light at that time as well.

We spent quite a bit of time in Fairbanks at some artistic venues.  We stopped by the University of Alaska Museum of Art.  It wasn’t just art.  It had a really great first nations people collection as well as the history of northern Alaska.  My favorite was the bear collection and the artistic out house.

That evening we headed to Pioneer Park for some more unique history of Fairbanks.  Many of the original houses when it was settled were moved and preserved in Pioneer Park.  They now serve as an amusement attraction with different shops and activities housed in them.  After a Salmon Bake dinner, we headed over to the Palace Theater to see some original Alaskan theater.  A fun show that gave a comical overview of Alaska. 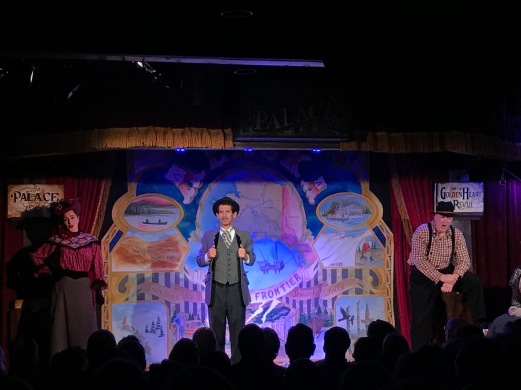 The next day it was off to our Arctic Circle adventure.  A 13 hour day of driving on the Dalton Highway past the Arctic Circle to a place called Coldfoot.  It was over 250 miles of driving on the highway as we followed the pipeline most of the way. It’s mostly a trucking highway but is now open to the public.  It was a damp and cloudy day for us but we were excited to head up there.  I was also excited to step onto the northern most national park, Gates of the Arctic.  Less than 1% of people who visit Alaska make it this far north.

Along, the way we stopped at a general store, which for the first time in many years was closed because the owners retired and moved to Homer Alaska.  We also learned that they adopted 23 children in their time and had a daughter that sued the state of Alaska

for her right to an education.   There is a now a law in the book that the state must provide a teacher and school house for any town/area that has more than 10 children.  This law still stands today.

We crossed over the Yukon River, the largest in Alaska.  We stopped at Yukon River Camp to eat lunch and pick up a few locals who were headed up to Prudhoe Bay, another 250 miles past our destination.  Yukon River camp was a restaurant where truckers could stop and shower, get supplies and eat on the Dalton Highway Journey.

The last two stops were the best.  We stopped at the Arctic Circle line.   We took a picture and had some celebratory tundra cake with “permafrosting.”  We celebrated our unique journey.  We were lucky on this tour.  There were only 4 of us out of a possible 20 seats.  We then headed on to our final destination, the Gates of the Arctic Visitor Center and Coldfoot Camp.  I was able to get my National Parks stamp and set foot in the northern most truck stop in the world.

Our long journey was over and now it was time to hop in a puddle jumper for a short one hour flight back to Fairbanks.  We flew over the Gates of the Arctic park but eventually had to fly above the clouds because of the rain/fog.    If you go to the Alaskan Interior, I highly recommend making the trek up north.

Of course, you can continue up even further to the Arctic Ocean.  Be aware, you need permission and clearance as well as an escort from the oil companies if you are driving the last 10 miles.

Media, music and thoughts…oh, my!

A channel that has content to support early reading literacy through technology and music, creative ways to access music notation, integrated arts connections and personal performances.